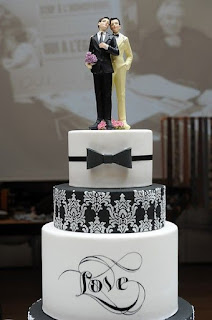 
According to CBN News, Phillips was given the award at the 2017 Weyrich Awards Dinner in Washington D.C. on Tuesday, October 17.

The Weyrich organization gives the award each year to a person who has shown courage and remained true to his/her convictions despite being up against resistance from those in power.

Phillips has been engaged in a years-long battle which began when he declined to make a cake for a same-sex couple, citing his religious beliefs. Since then, he has lost his case with the Colorado Civil Rights Commission, but with help from Alliance Defending Freedom, he appealed his case to the U.S. Supreme Court which has agreed to hear it.

Phillips has become a nationally-known figure, but the baker from Lakewood, CO says he simply wants to be able to run the business he loves while being allowed to live out his deeply-held religious beliefs.