Jihadist hostage-taking comes to the West 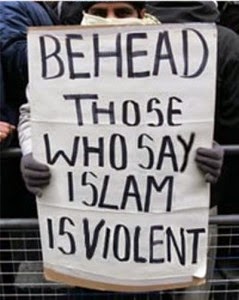 The details are still sketchy, but this is what is apparently confirmed as of this writing (8PM EST Sunday night): as many as 50 people have been taken hostage in the Lindt Chocolat Café in Sydney, Australia’s central pedestrian mall, Martin Place. Some of the hostages have been forced at gunpoint to hold up the black flag of Islamic jihad against a window of the café.

The flag says in Arabic, “There is no god but Allah, and Muhammad is his prophet” – the Islamic confession of faith. It will thus be hard to claim this one was workplace violence, but the mainstream media and Western leaders are no doubt already strategizing on ways to do so. Falling quickly into politically correct lockstep and ignoring the jihad flag in the window, Australian Prime Minister Tony Abbott insisted that “we don’t know the motivation” of the gunmen.

Meanwhile, police have evacuated the area, as well as the Sydney Opera House, where apparently a suspicious package has been found. Abbott issued a statement declaring that while “this is obviously a deeply concerning incident but all Australians should be reassured that our law enforcement and security agencies are well trained and equipped and are responding in a thorough and professional manner.”

That is no doubt true, but this is an unprecedented event in the West. There have been jihad attacks, and hostage situations, but this is the first jihadist hostage event in a Western country since the Islamic State issued this threat in a September video: “We will conquer your Rome, break your crosses, and enslave your women, by the permission of Allah, the Exalted. This is His promise to us; He is glorified and He does not fail in His promise. If we do not reach that time, then our children and grandchildren will reach it, and they will sell your sons as slaves at the slave market.” 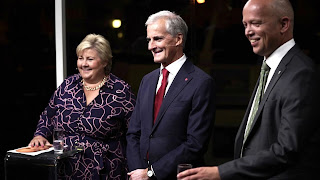