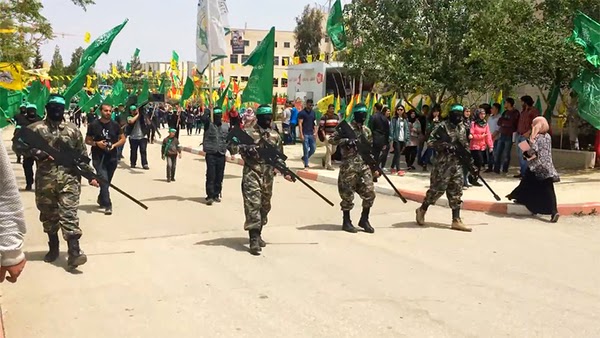 
Hamas's crushing victory in the April 22 student council election at Bir Zeit University shows that the Islamist movement continues to maintain a strong presence in the West Bank.

Hamas supporters on campus won 26 seats, compared to 16 for their rivals in the Fatah faction, headed by Palestinian Authority (PA) President Mahmoud Abbas.

The results of the election mean that Bilal Barghouti, who is serving 16 life terms in prison for his role in a series of suicide attacks against Israel, has become the "Honorary Chairman of the Bir Zeit University Student Council."

The Hamas victory came less than 48 hours after its supporters scored a major achievement on another campus: Palestine Polytechnic University in Hebron. There, Hamas supporters won the same number of seats as their rivals in Fatah – a move hailed by leaders of the Islamist movement as a "huge achievement."