We Don’t Like Denmark Because ‘Refugee Salaries’ Are Too Low 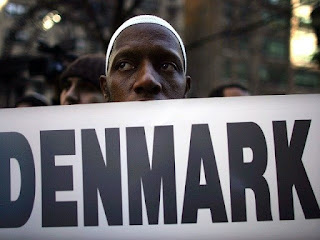 Middle Eastern migrants are rejecting Denmark as a country in which to seek asylum, claiming that the “salaries” offered to “refugees” are not as high as other European countries. They are now demanding to go to Sweden or Finland as the terms of asylum there are more favourable.

In a report by Denmark’s TV2 News, migrants told a local journalist that they do not want to stay in Denmark, but are choosing instead to head to Sweden to register for asylum.

Speaking conversational English, one migrant told the reporter “We want Sweden.” When she puts it to him that Sweden is 500km (310miles), he smiles and replies: “No problem. We walked from Syria to here [with] no problem.”

Marwen el Mohammed, another asylum seeker in Denmark told the reporter that there were two reasons the men did not want to seek asylum in Denmark, a peaceful country. “The first one: the salary for refugees decreased about 50 per cent from 10,000 kroner to about 5,000,” he said.

The second is that Finland and other neighbouring countries allow the migrants to bring their families to join them within two to three months, whereas Denmark makes them wait for a year and a half before they bring their families over. “This is a long time to have left our family behind,” he said.