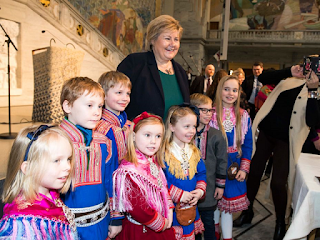 From Breitbart.com  (Suggested by Kirkehøyden).

COPENHAGEN, Denmark (AP) – Norway’s statistical agency says it has recorded the lowest number of newborns since it started counting in the 19th century, with the country’s family minister acknowledging that it is a problem.

Andersen says the overall fertility rate has dropped from 2.5 children per woman in 1970 to 1.5 last year.

Child and Family Minister Kjell Ingolf Ropstad told Norway’s news agency NTB Thursday that he has asked the Norwegian Institute of Public Health to find the cause for the drop.