Allah Made Me Do It 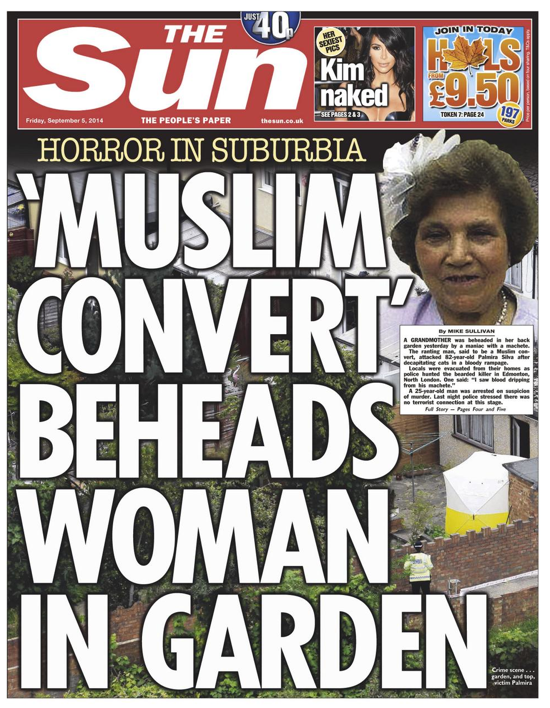 Stop me if you’ve heard this story before.

A Muslim convert who recently became very religious beheads a woman while reportedly shouting Islamic phrases. The authorities rush to convince everyone in sight that it has nothing to do with Islam.

I’m not talking about Alton Nolen in Oklahoma at the end of September, but Nicholas Salvador in the UK at the beginning of September. Salvador, a Nigerian Muslim convert, beheaded an 82-year-old European woman with a foot-long blade. Nolen killed a 54-year-old American woman with a 10-inch blade.

The bios of both men are fairly similar to the beheaders of British soldier Lee Rigby. The perpetrators were Nigerian converts to Islam. Alton Nolen was a black convert to Islam. They had a history of criminal behavior followed by a conversion to Islam and the inevitable bloody ending.

On his Facebook page, Nolen posted, “Sharia law is coming!!!” The killers of Lee Rigby had chanted for Sharia law in the streets of London. That is the same Sharia law of stonings and beheadings.

It is the law of the Koran which states, “When you meet the unbelievers in Jihad smite at their necks until you have slaughtered many of them.” (Koran 47:4)