Let's be honest: Islam has a problem today 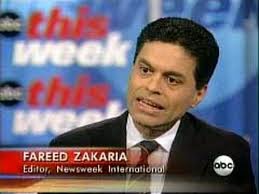 When television host Bill Maher declares on his weekly show that "the Muslim world...has too much in common with ISIS," and the author, Sam Harris (a guest on his show) concurs, arguing that "Islam is the mother lode of bad ideas," I understand why people get upset. Maher and Harris made crude simplifications and exaggerations.

And yet, they were also talking about something real. I know all the arguments against speaking of Islam as violent and reactionary. It is a vast world of 1.6 billion people. Places such as Indonesia and India have hundreds of millions of Muslims who don't fit these caricatures. That's why Maher and Harris are guilty of simplification and exaggeration.

But let's be honest: Islam has a problem today...There is a cancer of extremism within Islam today. A small minority of Muslims celebrate violence and intolerance, and harbor deeply reactionary attitudes towards women and minorities. And while some moderates confront these extremists, not enough do so and the protests are not loud enough. How many mass rallies have been held against ISIS in the Arab world today?

But now the caveat, Islam today, is important.