Netanyahu’s Message of Truth to the American People 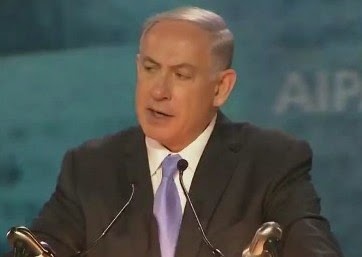 Israeli Prime Minister Benjamin Netanyahu’s address to a joint session of Congress on March 4th is a historic occasion. He is speaking directly to the elected representatives of the American people about the existential threat posed by a nuclear-armed Iranian Islamic theocracy. This threat is not only to the Jewish people, but to the entire free world. In that sense, Mr. Netanyahu is channeling Winston Churchill, whose warnings about the dangers of the rising threat of Nazi Germany were ignored and even mocked until the United Kingdom was on the brink of destruction. Churchill’s prescient words following Neville Chamberlain’s Munich appeasement apply equally today to the current negotiations with Iran and the concessions the Obama administration is considering: “And do not suppose that this is the end. This is the beginning of the reckoning. This is only the first sip, the first foretaste of a bitter cup.”

President Obama is channeling Neville Chamberlain. He appears to want peace with Iran at any price. Even the usually liberal Washington Post stated in an editorial last month that “a process that began with the goal of eliminating Iran’s potential to produce nuclear weapons has evolved into a plan to tolerate and temporarily restrict that capability.”