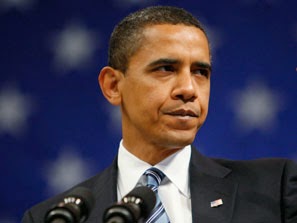 Instead of congratulating the Israeli people for being one of the few countries in the Middle East to hold real free and democratic elections, Obama has decided to inflict collective punishment not on Netanyahu, but on all Israelis, even its Muslim and Christian citizens, for having an election that came out not the way he wanted it to.

The terrorists have also been following with great enthusiasm reports that the Obama Administration is considering reassessing its policy -- that the U.S. no longer considers Israel a strategic ally in the Middle East.

In short, Obama's anti-Israel stance is the best gift the Americans could have given to Muslim terrorists and radical Arabs.

Obama also seems not to want to face the fact that because of his withdrawals and neglect, the situation in the Middle East today, with the rise of Islamic State and other terror groups, is not the same as it was even five years ago.

Thanks to Obama's policies, the Iranians and their friends are now in control of Iraq, Yemen, Syria and Lebanon, and much of Bahrain, and have surrounded the oilfields of the Persian Gulf. Meanwhile the U.S. has been forced to close down its embassies in three Arab countries -- Syria, Libya and Yemen.

Even Palestinians and Arabs are aware of the fact that under the current circumstances a Palestinian state would sooner or later be controlled by jihadists and Islamic terrorists, whose dream is the destruction of Israel, Europe and the U.S.

The last thing the Americans and Europeans need is another Islamic extremist country that exports terrorism -- with nuclear weapons -- to all parts of the earth.