Obama to Give Up on Deadlines for Iran Negotiations 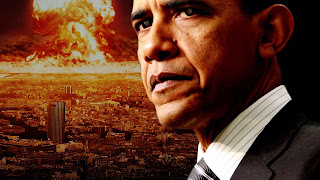 I just wrote up a brief summary of the number of times the deadlines for the negotiations to let Iran go nuclear were extended yesterday. Each one was supposed to be the very last extension because "so much progress" had been made.

They flirted with interpreting the July 7th deadline in “in a flexible way.”

Now they're just talking about dropping timetables or deadlines completely. Because that's just how much progress we've made.

After missing a second deadline in a week on Tuesday for concluding the nuclear talks between Iran and six world powers, the US administration has begun to suggest the talks could continue without set timetables.

American officials insisted this week that the sides “have never been closer” to sealing up a deal that would scale back Tehran’s nuclear program in exchange for relief from crippling international sanctions.
You can tell we've never been closer, just like last year, because they want to get rid of any actual timetables. That's usually what you do when you're so close to the finish line.

White House spokesman Josh Earnest suggested Tuesday the US was unlikely to walk away from the talks even if they continued to miss calendar benchmarks.

This comes as a shock to all of us who expected that the 29th deadline would absolutely be the last.

The US “won’t walk away from the table as long as the negotiations continue to be useful,” Earnest added.

Now that's some tough negotiating right there. You can see why the Iranians are impressed.

We will negotiate with them on the beaches. We will appease them on the shores. We will cling to their pants legs in Vienna and beg them to stay so we can run up more hotel bills.