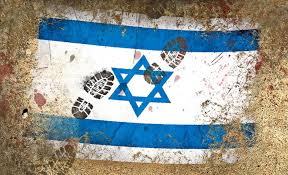 That a serious Christian can place political agreement with an intransigent enemy before the simple morality of calling for an immediate end to terrorism beggars belief.

Given that the Palestinians refuse to recognize Israel or the rights of the Jewish people, the Pope's recognizing a state of Palestine seems a contradictory gesture. By making this badly-thought-out choice, the Vatican simply encourages the Palestinians in their conviction that their tactics of violence, rejection of peace offers and glorification of terrorists and suicide bombers across their towns and villages is, regardless of all morality and prudent policy, the right course of action.

If morality is at stake, it will also enthuse them to continue with the lies about Jews, hate videos, hate preaching, false historicism, and school textbooks and TV shows that teach children to despise Jews as "sons of apes and pigs." Is that what the Vatican really wants? Is that a goal remotely in keeping with the wishes of Pope Francis?

"Christian children are massacred, and everything is done in plain sight. Islamists proclaim on a daily basis that they will not stop until Christianity is wiped off the face of the earth. So are the world Christian bodies denouncing the Islamic forces for the ethnic cleansing, genocide and historic demographic-religious revolution their brethren is [sic] suffering? No. Christians these days are busy targeting the Israeli Jews. The Pope, who should represent the voice of one billion Catholics around the world, was not busy these days in writing an encyclical against the Islamic persecution of Christians. No, the Catholic Church was very busy in signing a historic agreement with the "State of Palestine," a non-existent entity which, if it (God forbid) should be created, would be the first state after the Nazi Germany to officially ban the Jews and expel the remnant of its Christians." – Giulio Meotti, journalist.

One might safely assume that Jesus would never have approved of Palestinian anti-Semitism, the preaching of bilious hatred, or the infliction of violence on innocent followers of the community to which he himself and his mother belonged.

According to Jerusalem Post columnist Max Samarov, "In a defining moment, UCC [United Church of Christ] officials rejected an amendment calling on the church to listen to Israeli perspectives and encourage cooperation between Israelis and Palestinians." Clearly, a search for truth and an openness to dialogue form no part of the UCC's agenda.

When the Vatican recognized a self-proclaimed "State of Palestine" on June 22, 2015, it not only defied international law -- there is no such state to recognize -- it acted immorally in religious terms.

In July, the Holy See praised the controversial nuclear deal between Iran and several Western states and said it viewed the agreement in "a positive light." According to the Catholic News Agency, Bishop Oscar Cantu of New Mexico stated, applying a logic that defies understanding, that "Iran's hostility to its neighbors in the Middle East is all the more reason for the international agreement on its nuclear program." The agreement will allow Iran to acquire as many nuclear bombs as it likes after ten years, or sooner, plus the intercontinental ballistic missiles to deliver them to America.