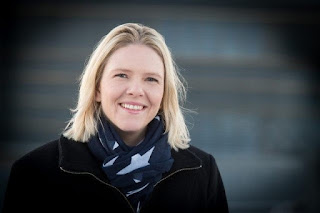 A senior Norwegian politician has raised the hackles of pro-migrant voices in her country by saying that Jesus would support her government’s tough migrant policy.

Sylvi Listhaug, the Norwegian Minister for Agriculture and Food, said that Jesus would support relieving the suffering of people where the highest number could be reached. As such, she believes Christian criticism of Norway’s asylum laws are misplaced as Jesus would support helping genuine Syrian refugees in camps situated in places more local to the area of conflict such as Turkey, Jordan and Lebanon.

Ms Listhaug believes funding relief efforts for refugees at their point of most need means more can be reached with the same amount of money helping larger numbers of people, reports The Local. She told state broadcaster NRK:


“What Jesus cared about is you should help as many people as possible — and that’s not as many as possible in Norway.”

Her comments were made following criticisms levelled at Norwegian government policy by the Church of Norway. The Praeses (head) of the Norwegian Bishops’ Conference, Helga Haugland Byfuglien, publicly attacked cuts to public funding of foreign aid. She said:


“Those who have least should not pay the most. To cut funding for poor people and countries is in our opinion shameful.”

Ms Listhaug, whose anti-mass migration Progress Party forms part of the government, professed to be “extremely upset” by the bishop’s intervention, admitting she had even considered leaving the Church because of it.

What she’s doing is throwing herself into a political debate, taking sides,” she said, “the Norwegian Church should be a church for everyone, but now I feel that it is politics and not Christianity which comes first.”

Ms Listhaug added that the moral certainty of many on the left of politics is particularly distasteful, admitting that she reacts against “this tyranny of goodness.”
Nyere innlegg Eldre innlegg Startsiden