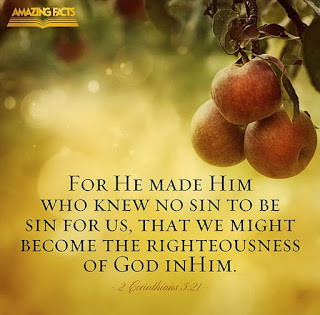 I am 15 years old. But I have been drawn to philosophy and logic for their huge ability of proving immaterial things. For example, 1+1=2, this is a completely logical answer and what is nice about it, there are no other possibilities. Of course that doesn’t apply for all logical conclusions but it follows.

I understood the kalam cosmological argument, the evolution theory, the big bang, and a lot of other logical and scientific arguments and theories. That is because I never wanted to believe in anything which I can’t prove for myself 100%. I even reached a moment where I thought everything is possible, surely nothing can be proved 100%. However, at that time, mathematics came and explained a lot to me. As I mentioned before 1+1=2, that is an example of an absolute answer. In other words, proven 100%. From here I started wondering about many other scenarios in real life. From all of these information I thought about from the environment around me I reached a system of thought which I always follow.

Sorry for the long introduction, so straight to my questions:

Proving logically that God is all powerful is logical and simple, same for God is all knowing, however, I found a problem with proving that God is all loving, since it does not follow directly. The idea of a loving God is understandable but the problem is with all loving God. God is all intelligence therefore he is just. He is just means he is fair with humans, then he shall love people and dislike people. However, those whom he dislike are disliked from a different type of love. As God loves his creation, he loves everyone, whether you were a sinner or not. However, in order for God to be just, he must have different concept of love for those who believed and followed his massage.

My point is, as I watched a lot of Dr William Lane Craig points against Islam (by the way I am really impressed with Dr Craig’s work. In fact I respect him and value his work and way of reaching knowledge through out logic) What I found was that as the Muslims concept of God that he is not all loving, therefore it is further away of the omnibenevolent God. I see that Islam has been a bit misunderstood.

In Arabic there are more than 10 different words for love. Yes it says that God loveth not aggressors, etc... But it uses one of the 10 different words in Arabic for love. There are other words which has been used to represent God’s love for this creation which is shown in the very very beginning of the Quran “ In the name of Allah, the Beneficent, the Merciful.”. In Arabic it is “bismillahir rahmanir rahim”. In Arabic, when you come in depth for the words ‘beneficent’ and ‘merciful’ and their use and the context they came in. We will find that, ‘beneficent’ has been used to show God’s care and love for all of his Creation. While the word ‘merciful’ has been used to represent God’s love and care for those who believe. In that I see justice, and that is what I expect God to be. In the Quran and I quote: “ Is he who is a believer like unto him who is an evil-liver? They are not alike.” Chapter 32 verse 18. From this I can see justice, which we mostly lost in the new definition of God while it must be the most important one.

I truly wish that Dr Craig can read my point and tell me if it is possible or not. At the end I am not behind proving Islam or Christianity, all I want is to follow the truth whatever it was. Christianity, Islam, etc. and I am absolutely sure that Dr Craig is someone who can advise me.

Thank you so much for reading my latter and I am really sorry for the long text and the possibility of sending this letter to the wrong email.

I’m so glad for your open-minded pursuit of truth about these questions, Mohammed! It’s a pleasure to interact with you.

Since your opening remarks are not directly related to your question, let me skip them and come back to them at the end of my response.

Now this is exactly what the Bible affirms. The Bible says,

Or again it says,

God shows His love for us in that while we were yet sinners Christ died for us (Romans 5.8).

Jesus taught God’s unconditional love for sinners. We see this in his parables about the prodigal son and the lost sheep, in his practice of table fellowship with the immoral and unclean, and in his sayings like those of the Sermon on the Mount. He said, for example,

You have heard that it was said, ‘You shall love your neighbor and hate your enemy.’ But I say to you, love your enemies and pray for those who persecute you, so that you may be sons of your Father who is in heaven; for He makes His sun rise on the evil and on the good, and sends his rain on the just and on the unjust. For if you love those who love you, . . . what more are you doing than others? Do not even the Gentiles do the same? You therefore must be perfect, as your heavenly Father is perfect. (Matthew 5.43-48)

The love of the Heavenly Father is impartial, universal, and unconditional.

What a contrast when we read what the Qur’an has to say about God’s attitude toward sinners! According to the Qur’an, God does not love sinners. This fact is emphasized repeatedly and consistently like a drumbeat throughout the pages of the Qur’an. Just consider the following passages:

Over and over again the Qur’an declares that God does not love the very people whom the Bible says God loves so much that He sent His Son to die for them!

Now, as you note, there are different Arabic words predicated of Allah in the Qur’an which seem to express his love, e.g., the Qur’an’s calling Allah “al-Rahman al-Rahim” —the All-Merciful, the All-Compassionate—until you realize just what, according to the Qur’an, Allah’s mercy and compassion really cash out to. In calling God all-merciful and all-compassionate, what the Qur’an means is that if you believe and do righteous deeds, then God can be counted on to give you what you have earned, plus a bonus. Thus, the Qur’an promises,

Those who believe and do deeds of righteousness and perform the prayer and pay the alms—their wage awaits them with the Lord. (II. 275)

That’s all Allah’s mercy and compassion amount to: you get what you deserve, plus a bonus. That’s not love.

According to the Qur’an God’s love is reserved only for those who earn it. It says,

To those who believe and do righteousness, God will assign love. (XIX. 95).

So the Qur’an assures us of God’s love for the God-fearing and the good-doers; but He has no love for sinners and unbelievers. Thus, in the Islamic conception, God is not all-loving. His love is partial and has to be earned. The Muslim God only loves those who first love Him. His love thus rises no higher than the love which Jesus said even tax-collectors and unbelievers exhibit.

Now you raise considerations of God’s justice. Muslims whom I’ve talked with find it inconceivable that God could love unbelievers and evil-doers just as much as He loves believers. But I like the way you put this: “He is just means he is fair with humans, then he shall love people and dislike people.” Ah! Notice that you did not say that God will love (some) people and not love (some) people. No, God as an all-loving being loves all people alike. But He may dislike some people in view of their sins. There are people I dislike—they may drive me up a wall—, but that doesn’t mean I don’t love them. Finding people likeable is clearly not the same thing as loving them. In fact, being able to love unlikeable people is a measure of just how great a person’s love is!

Contrary to the Qur’an, the God of the Bible loves even those who are His enemies and so fall under His justice. In the book of Ezekiel, God says,

Here God literally pleads with people to turn from their evil ways so that He need not judge them. He loves unbelievers and sinners and wants to save them.

So I’m not convinced that the Muslim can preserve God’s being all-loving and, hence, God’s greatness, by appealing to Qur’anic affirmations that Allah is all-merciful and all-compassionate, for what those affirmations really amount to is just the same conditional, partial, and selective love Allah has for those who earn his favor. Allah does not love sinners but reserves his love for those who earn it. So I find this conception of God to be morally defective.

Finally, let me say something briefly about your opening comments.

First, your desire never “to believe in anything which I can’t prove for myself 100%” is a recipe for despair. It will lead to scepticism about almost everything, which is both unlivable and unwarranted. You should rather resolve to believe only in that which you have good reason to think is true, even if those reasons are not 100% compelling.

When you report, “I even reached a moment where I thought everything is possible, surely nothing can be proved 100%,” you may be confusing epistemic possibility with broadly logical possibility. To say that something is epistemically possible is to say that for all I know it may be true. Given your unrealistic policy just mentioned, you could at most conclude that since you lack 100% proof, everything is epistemically possible.

But if that’s what you mean, then mathematics is not going to rescue you. For even though mathematical truths are necessarily true, we may not always have a 100% proof of that truth. For example, Goldbach’s Conjecture (viz., that every even integer greater than 2 is the sum of two prime numbers) is either necessarily true or necessarily false, but it remains unproven which answer is correct. Even though Goldbach’s Conjecture is epistemically possible, that doesn’t imply that it’s logically possible.

So when you say, “1+1=2 . . . is an example of an absolute answer. In other words, proven 100%,” you’re wrongly equating absoluteness with provability. Goldbach’s Conjecture is also an absolute answer, but it’s not provable.

Perhaps all you mean to say is that the provability of certain mathematical truths has saved you from utter scepticism. That’s good; but the more fundamental point is that we have no reason to agree with the sceptic that knowledge should be equated with 100% provability, a position which is self-defeating and so unaffirmable.

To read more questions / answers, visit the Q & A Archive.