Inspite the facts - stupid leftists never give up! 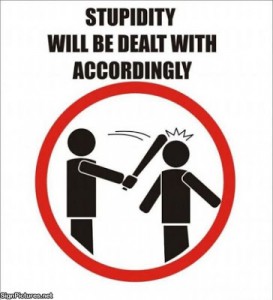 In spite of the mass migrant rape scandal gripping the continent, activists from the ‘London2Calais’ and ‘Youth’ groups gathered at the transport hub also being inundated by Alan Rickman fans due to its relevance in the Harry Potter series to demand that Britain and her European partners abolish border controls.

Chanting, “No borders, no nations, stop deportations”, the protesters held up passengers and caused closures of parts of the station which connects London with Brussels and Paris via the Eurostar rail network.

Police blocked the entrance to St. Pancras, wary of a repeat of October’s protest where activists got the better of law enforcement, causing mayhem across the train station.

One protester named Mona, from the London2Calais initiative, told Breitbart London (video below) that she did not believe the mass sexual assault and rapes in Cologne on New Year’s Eve were perpetrated by migrants, despite police admission of the fact.

Instead, she claimed that the issue was being hyped up by the politicians and media, despite an establishment-imposed media black out on the issue for several days before Breitbart London finally reported the issue in the English language.

She said: “I don’t think that its that clear that [the sexual assaults were] actually made by refugees, that refugees are responsible for it. I think it’s actually used a way to scapegoat refugees which is very very dangerous.

“And it’s being used by politicians who are trying to heat up things and trying to affect German public opinion… I’m from Germany myself, a majority [of Germans] have consistently been pro-refugee… and its politicians and people from the top that actually tried to trigger that hatred towards refugees.”