Worried of IS chemical attack in Europe 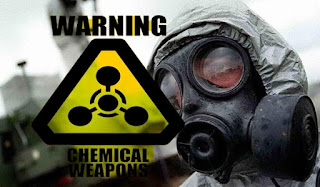 Israel is concerned that Islamic State terrorists facing defeat in the Middle East are planning to return to their home countries and carry out attacks there, including a possible chemical attack in Europe, Channel 2 TV news reported Thursday.

The report said Israel’s Counter-Terrorism Bureau is poised to issue a series of travel warnings ahead of the Passover holiday calling on Israelis traveling to Western Europe, India and Thailand to exercise extreme caution.

The report stressed that the warnings have not yet been issued.

Sources in the bureau told Channel 2 that the Islamic State’s recent defeats in Iraq and Syria are causing many jihadis to return to their countries of origin.

These well-trained fighters could attempt to carry out vehicle-ramming attacks similar to the truck attack in Berlin that killed 12 people, including Israeli Dalia Elyakim, on Christmas.

Officials particularly fear terrorists may attempt to carry out a chemical attack against civilians, using widely available substances. Chemical bombs can reportedly be manufactured from products found in every supermarket in Germany, France or the UK.

The bureau will call on Israelis traveling abroad to be alert, especially in crowded locations, and to pay attention to anything unusual.

The Israeli warning would echo guidance issued by the US State Department on Tuesday telling travelers worldwide to be especially careful of less-sophisticated terror attacks as well and warning of an growing likelihood of non-conventional attacks.

“Terrorists are increasingly using less sophisticated methods of attack to more effectively target crowds,” said the warning, “including the use of edged weapons, pistols, and vehicles as weapons.”

Read more at Times Of Israel