Norway is still treating Peder "Fjordman" Jensen as a criminal 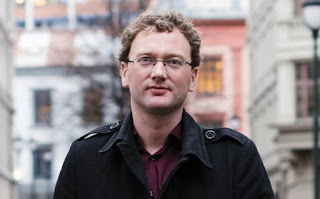 On July 22, 2011, Anders Behring Breivik exploded a truck bomb outside a government office building in Oslo and then shot up dozens of teenagers at a Labor Party youth camp on the nearby island of Utøya – his professed motive being to punish the politicians whom he considered responsible for the Islamization of Norway as well as the future politicians who would inherit the philosophies, policies, privileges, and powers of today’s Labor leaders. Before Breivik headed out that day to commit mass murder, he posted online a lengthy “manifesto” that was part history, part political commentary, and part instruction manual for those whom he imagined would join him in his crusade.

Much of this document, it turned out, consisted of texts by other people that Breivik had lifted without permission. The person whose writings Breivik made the most extensive use of was a young Norwegian named Peder Jensen, who had written many sober and learned essays about Islam under the name “Fjordman.” Peder had attended the universities of Bergen and Oslo and the American University in Cairo, learned Arabic, earned a master’s degree with a thesis on Internet censorship in Iran, and was part of a civilian observer mission on the West Bank in 2002-3. He planned a diplomatic career, only to discover that his frankness about Islam was not welcome at the Norwegian Ministry of Foreign Affairs. He then became a prolific writer on the subject. Unlike the Koran, however, Peder’s oeuvre contained not a single word calling for action of the sort of which Breivik was guilty. But that didn’t matter to the apologists for Islam in the Norwegian establishment. Immediately Peder was lumped in with Breivik and, to a very large extent, held responsible for his crimes. Other critics of Islam, myself included, were tarred with the same brush, but Peder got the worst of it by far.

It was outrageously unfair. In the weeks and months after July 22, 2001, news reports mentioned Peder’s name so often, and in the same breath as that of the murderer, that it was as if he had, indeed, been Breivik’s accomplice. The motives of those left-wingers who smeared him so heartlessly were transparent: they were, quite simply, apologists for Islam and for Norway’s failed immigration and integration policies, all of which Peder had subjected to criticisms that were, quite simply, irrefutable. But after July 22, there was no need to try to formulate cogent arguments in reply to Peder’s points; in the course of a few horrible hours, Breivik provided Norwegian leftists with a wonderful opportunity to demonize Peder and other critics of Islam and thus render those critics’ views – however reasonable and fact-based – utterly anathema. Some Norwegian intellectuals even wrote op-eds maintaining that, in the wake of Breivik’s crimes, freedom of expression for critics of Islam should be severely restricted, and any violation punished harshly. Transformed in this unscrupulous way into an enemy of the people, Peder left the country, spending six years in Denmark before returning to Norway in 2017 to look for work.

Now, let me pause here to explain something about Norway. In this country, it is possible for extreme leftists to get hired for the most respectable kinds of jobs. In fact, the record suggests that, if you’re in the market for high-level employment in the Norwegian cultural, political, academic, or media sector, being a card-carrying Communist actually helps. In recent years, active and outspoken Communists, some of whom have held top positions in Maoist or Stalinist political parties, have served as the director of the Norwegian National Library, as head of NRK (Norway’s state broadcaster), as president of Cappelen (one of Norway’s two or three largest publishers), as editor-in-chief of Aftenposten (Norway’s supposedly conservative newspaper of record), as Norway’s first professor of journalism, as editor of Journalisten (the periodical of record for Norwegian journalists), and as coach of Norway’s national soccer team. At least two veteran Norwegian politicians who are now in charge of important international organizations have been credibly accused of having been KGB agents. At least one Communist Party politician – who, as it happens, also cheered the terrorist attacks of 9/11 – has been decorated by King Harald V.

But Peder Jensen? Since returning to Norway, he’s applied for hundreds of jobs. He got exactly two bites, both for factory jobs – one of them an assembly-line job in a furniture factory, the other a job watching a machine turn out pizzas and sprinkling cheese on them. The jobs were simple – so simple, he says, that an illiterate could do them. In both cases, however, Peder’s would-be employers figured out who he was and then changed their minds – even though the work for which he had been hired had absolutely no political content whatsoever. When he was kicked out of the second job, for which he had signed a contract agreeing to a six-month trial period, he brought in a lawyer, went before a judge, and received a small settlement. But what he needs is work. “I am turning forty-four this summer,” he told me the other day. “If I am going to marry and have kids I shouldn’t be too old when I do it.” He suggests that he may have to leave the country again and try to build a new life abroad, in some place where his name is not universally equated with hatred and slaughter. This is, note well, an eminently polite and peaceable man who has never in his life been charged with or found guilty of a crime. He’s never even gotten a speeding ticket. His sole transgression is that he’s been remarkably forthright and brave about a subject on which his country’s leaders have, almost without exception, been pathetically mendacious and cowardly. The strength with which he’s endured half a nation’s unearned opprobrium in the years since July 22, 2011, is beyond impressive. Under any other circumstances he would be an ideal candidate for any number of positions in lucrative fields: he’s deeply knowledgeable about history, politics, and much else; he writes excellent English; and his work ethic, to judge by his output, is exemplary. But in Norway in 2019, he is effectively barred from even the lowliest of jobs.

Over the last few years, I’ve been in intermittent touch with Peder. I knew he’d been living abroad, but until Friday, when he posted two long items on Facebook about his professional frustrations, I didn’t know exactly where he’d been and what he’d been up to. I immediately contacted him directly. Soon after the first of his two Facebook posts went up, a news website called Nettavisen ran an item about them by Morten Ø. Karlsen. Karlsen solicited a comment from Erik Kursetgjerde, who in 2011, at age eighteen, survived Breivik’s massacre at Utøya, and who is now a Labor Party politician. Kursetgjerde’s take: yes, everybody in Norway deserves a job, but Peder’s attitude toward factory work is so condescending that it’s no wonder he can’t find one. My own take: that’s easy to say when you yourself have glided straight from the Labor Party’s youth wing into a party sinecure. Kursetgjerde went on to parrot the disgusting charge that the Norwegian left has leveled at Peder ever since July 2011 – that however hard he tries, Peder can’t distance himself from Breivik, because he helped radicalize Breivik, and should own up to it instead of “leaning back and acquitting himself of responsibility.” Such is the current official line in Norway toward critics of Islam: after Utøya, and after Christchurch, all of us who have told the truth about that evil ideology have blood on our hands. (Meanwhile, in both Norway and Sweden, the elite consensus on citizens of these countries who went off to fight for ISIS is that they should be allowed to return “home,” and, instead of being punished, should be given help finding homes and jobs so that they can “re-integrate” as quickly as possible.) It isn’t just Norway, of course, that treats critics of Islam in this manner: as Peder told me on Friday, people all over the Western world who are critical of Islam or of reckless immigration policies “are being stigmatized and frozen out of the labor market,” a development he quite rightly called “totalitarian.” If only Norway’s political parties were gutsier and more honest about Islam, more responsive to and respectful of voter attitudes, and more concerned about defending individual liberty and human rights, they’d be made up of heroes like Peder Jensen, rather than simpering little party-line hacks like Erik Kursetgjerde. And Norwegian freedom might actually have a future.

ABOUT BRUCE BAWER
Bruce Bawer is the author of “While Europe Slept,” “Surrender,” "The Victims' Revolution," and "The Alhambra." "Islam," a collection of his essays on Islam, has just been published. 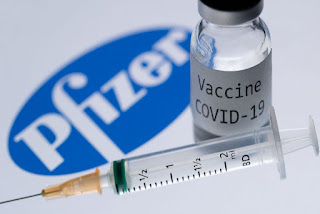