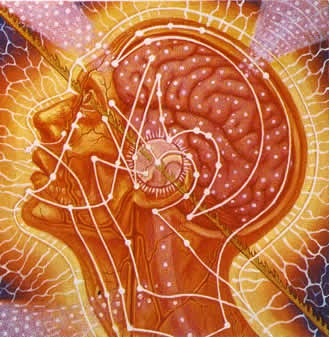 Adam, it is so encouraging to get a letter like yours! You have seen through the fog of often hateful rhetoric to discern the real issues. Your story reminds me so much of C. S. Lewis, who, as a scientific naturalist, found everything that he thought was real to be meaningless and unfulfilling, and everything he loved, such as myth, legend, and fantasy, to be imaginary and unreal. Like you, Lewis approached Christ gradually, shedding first his naturalism and then later his scepticism about Jesus of Nazareth. Lewis finally broke the bonds of the naturalism that had bound him, discovering in Christ the “true myth,” the fusion of rationality and imagination. Once you free yourself of your atheism, you’ll find the next step to Christian theism a relatively short one.

You mention your scepticism about Luther’s belief that the Holy Spirit “would guide people in reading the Bible properly,” for “The Holy Spirit's guiding capabilities seem to be have been proven empirically false. . . , due to such a wide variety of conflicting beliefs all being derived from the Bible.” Now I don’t subscribe to the belief you attribute to Luther; nevertheless, the argument you offer against it does not strike me as a good one.

I think that what the Holy Spirit does is to furnish believers with a fundamental assurance of their being properly related to God and unbelievers a conviction of their not being properly related to God but of being in need of His forgiveness and moral cleansing. While this entails the truth of certain core Christian claims, it does not guarantee proper interpretation of biblical passages. That is instead achieved through the use of proper hermeneutical techniques of literary interpretation.

I think you already discern the weakness of your objection, for you say, “I know that the diversity of beliefs doesn't necessarily allow for the conclusion that all of the religious beliefs or experiences are false, that there aren't at least some beliefs or experiences that are true, and therefore the Holy Spirit does not exist.” Right; you need to be open to the convicting witness of the Spirit in your life that you need God’s forgiveness and cleansing for your moral failures. Anyone who thinks hard about the moral argument should realize that if objective moral values and duties do exist, he falls desperately short of the moral good and so fails to discharge his moral duties and is thus in need of forgiveness and redemption. Indeed, I think probably no one comes to faith in Christ apart from a conviction of his guilt and need of moral renovation.

You have good things to say about the theistic arguments I’ve defended; but you do not mention my equally rigorous work, flowing out of my doctoral studies under Wolfhart Pannenberg at the University of Munich, on the historicity of Jesus’ resurrection. I was astonished to discover as a result of my study that the main facts undergirding the historicity of Jesus’ resurrection are actually agreed upon by the majority of historical Jesus scholars today, not just conservative scholars but the broad mainstream of New Testament scholars, including a good number of Jewish scholars, who teach at secular universities and non-evangelical divinity schools. So I think faith in Jesus is historically quite well-founded.

So now we come to the million dollar question: “What would YOU suggest I do?”
I take this question very seriously. So here’s what I suggest you do:

1. Read C. S. Lewis’ book Surprised by Joy. I think you will resonate with Lewis’ struggle, both to free himself of atheism and then of his scepticism about Christian faith.

2. Seek experiences that put you in touch with the transcendent. You need to escape the cloying bonds of naturalism by catching glimpses of a transcendent reality beyond the material world. This will help to prepare your heart for belief in God. So open yourself to experiences of sublime beauty. Listen to Schumann’s Träumerei, to Dvorak’s New World Symphony, to Rimsky-Korsakov’s Scheherazade, and so on. And when I say “listen,” I don’t mean to have it playing in the background while you go about your tasks. I mean to set all else aside for an allotted time, close your eyes, and just focus on listening to the music. Watch a video of ballroom champions Jonathan Crossley and Lyn Marriner performing a waltz or slow foxtrot. Drink in the stunning beauty of their performance. Watch a sunrise or sunset over a beautiful landscape or take in the beauty of pristine nature. Such beauty can sometimes produce an almost painful ache in us because of our inability to take it all in.

3. Read the Gospels about the life of Jesus. If you haven’t already done so, you’ll find the story of his life gripping. Jesus is a tremendously attractive person in the wisdom of his teaching, in his character, and in the authenticity of his life.

4. Look into the historical credibility of the personal claims and resurrection of Jesus. Read, e.g., the relevant chapters in Reasonable Faith (Crossway, 2008). Read my debates with sceptical New Testament critics like John Dominic Crossan (Will the Real Jesus Please Stand Up?, ed. Paul Copan [Baker, 1998] or Gerd Lüdemann (The Resurrection: Fact or Figment? ed. Paul Copan [Inter-Varsity, 2000] and ask which way the evidence points.

5. Embark on a spiritual experiment. Begin to pray daily. Attend a church where the Gospel is faithfully preached and you can be with Christians to get to know them. You’ll find these people to be unlike ordinary people you meet, more reflective, more compassionate, more focused on spiritual things.

6. Finally, get a copy of Francis Thompson’s poem “The Hound of Heaven.” The person it describes is you, Adam! “With unhurrying chase, and unperturbèd pace, deliberate speed, majestic instancy,” He is after you and will continue His pursuit until you recognize in Him all that you are longing for.