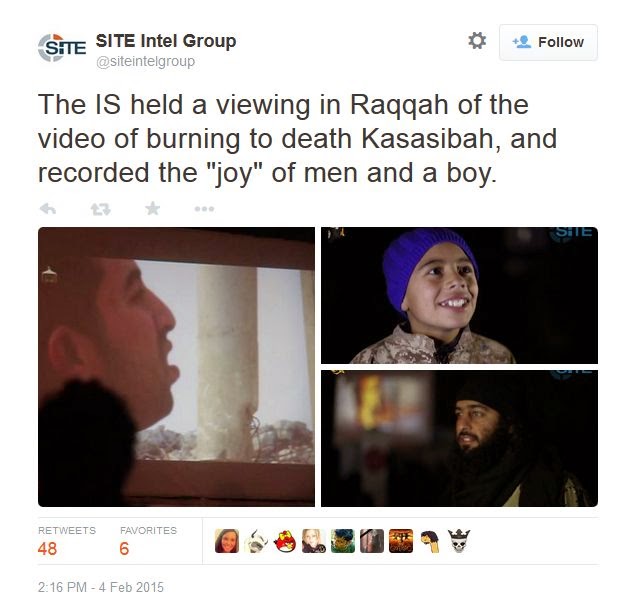 The Islamic State (Isis) held a public viewing in their de facto capital of Raqqa, Syria, of the video showing the burning to death of captured Jordanian pilot Moaz al-Kasasbeh, according to reports.

The SITE Intelligence Group, which monitors and analyses news and videos from jihadist groups, reported that IS screened the barbaric execution in the Syrian city and recorded the cheerful reaction of men and a boy in the watching crowd.

In the latest video, titled "Muslims' Joy at Burning of Jordanian Pilot", IS supporters are seen shouting the Takbir - Allahu Akbar - as the execution footage in a background screen shows the pilot burning to death in his cage.

Members of the Raqqa crowd are briefly interviewed about the gruesome execution, in a documentary-style, while the video plays in background. Among them a smiling child, not older than eight-years-old, who is seen praising the murder.