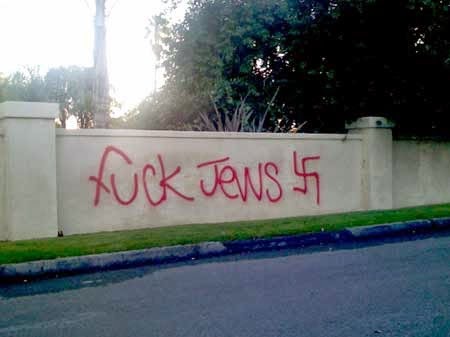 Swedes now tend to view all immigrants as victims of totalitarianism and refuse to acknowledge that not all immigrants think like Swedes. They cannot comprehend that people would flee if they were not hated and threatened. Most Swedes have never realized that one minority group may expose another minority group to violence and intimidation.

Unfortunately, one of the worst offenders trying to hide the truth is a Jewish organization, the Swedish Committee Against Anti-Semitism [SKMA]. What seems to have upset supporters of the SKMA was that Carlqvist compared them to the Organization of German Nationalist Jews, who in the 1930s supported Hitler and claimed that Jews were treated fairly in Nazi Germany.

Instead of breaking up the anti-Israel demonstration, which took place without police permission, the police chose to revoke the Jews' right to assemble. Malmö's former mayor, Ilmar Reepalu, surely must have been aware that the perpetrators of anti-Semitic excesses were his own voters. Not one of the many complaints to the police by the city's Jews has led to indictments, not to speak of convictions.