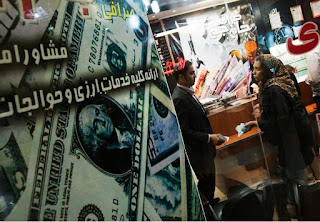 Why Islamic banking is not working in Russia

There are reportedly 7.3 million Muslims in Russia, and since 1997 many largely unsuccessful attempts have been made to implement the Islamic financial system in Muslim-populated cities. Experts believe that there is neither a legal framework nor mature demand for Islamic banking services in the country.

A year ago, when Tatagroprombank launched The Partnership Banking Center, which operated under Sharia (Islamic laws), many analysts believed in its success. The center also hoped that investments would start flowing to Kazan, the so-called Muslim capital of Russia, which is the capital of the internal republic of Tatarstan.

The Partnership Banking Center started operations in March 2016 as a subsidiary of LLC Tatagroprombank. The center says it provides a wide range of banking services irrespective of the religious beliefs of clients. It works with both individuals and companies and has an agreement with the Islamic Development Bank in Saudi Arabia.

At the moment, Robert Musin, one of the main shareholders of Tatagroprombank is facing criminal charges for alleged large-scale fraud. His arrest is tightly connected with his activity in another major bank in Kazan. Tatfondbank, where he was chairman, lost its license in March 2017.

It is still unknown whether Tatagroprombank will share the same fate, although there have been rumors of clients withdrawing funds from their accounts. The bank’s representatives did not provide any information on the fate of the center in the light of recent events.

In addition to these developments, on March 9 the Russian State Duma (lower house of parliament) decided to reject the bill that would let Islamic banking fully and legally operate in Russia. Rais Suleimanov from the National Strategy Institute believes that one of the reasons for the rejection was the vague statement from Deputy Dmitriy Savelyev who brought in the bill, according to a report on EADaily.

Although the first attempts at introducing Islamic banking date back to 1997, most of them never succeeded, despite the fact that Muslim-populated cities were targeted.

The first bank to implement the Islamic financial system in Russia was Badr-Forte bank in Moscow. It was licensed in 1991 and started using Islamic finance methods in 1997. It “carefully lined up the bridges between Russia and the Islamic world,” Adalet Jabiyev, Chairman of Badr-Forte Bank told Global Islamic Finance magazine.

In December 2006 the Central Bank of Russia suddenly stripped the bank of its license on account of continuous noncompliance to standard banking regulations and the Russian federal law on countering the legalization of illegal earnings (money laundering) and the financing of terrorism.

The law states that every first transaction of each client requires a notification of a bank supervisor. Badr-Forte bank, according to the regulator, did not fully comply with this law and had suspicious transactions to the tune of 33.9 billion rubles (about $550 million).

“This did not happen because of the Islamic banking system, there were other reasons,” Nina Mamedova, Head of the Iranian sector at the Institute of Oriental Studies of the Russian Academy of Science told RBTH.

Since then many other Islamic banking organizations were set up, but most eventually closed down: Amal Financial House, a subsidiary of Bulgar Bank in Yaroslavl, lost its license in 2017, Ellips Bank in Nizhniy Novgorod and Express Bank in Dagestan, established in 2011, were also branded as inefficient and eventually got liquidated in 2013.

They were not banks, but Islamic “windows” inside conventional banks. Since Sharia laws prohibit acceptance of specific interest or fees, these “windows” helped bypass Russian law that states that banks must always charge fees.

There are several types of contracts that can be signed between the bank and a client. Under ‘murabaha,’ the bank buys an item from the client (with a predetermined charge) and then sells it back in installments. ‘Ijara’ is similar to modern leasing. ‘Musharaka’ provides financing for a project as equity, rather than a fixed-interest loan.

The Islamic financial system can indeed be confusing for an outsider. Not many Muslims in Russia are aware of the difference between conventional banks and Islamic banks. In an article in the Central Asia and the Caucasus Journal, Renat Bekkin, Professor of the Russian Academy of Science, wrote that this “inadequate knowledge of Islamic economics” is one of the reasons Islamic banking faces so many obstacles in Russia.

Murad Aliskerov, Chief Executive of LaRiba Finance, the biggest remaining Islamic banking organization in Makhachkala, the capital of Muslim-populated internal republic of Dagestan, believes that the failure of the banks is connected with a “purge in the Russian banking sphere, where licenses are being revoked from many other respectable banks.”

The “purge” was proclaimed in 2013, when Elvira Nabiullina, previously Russia’s Minister of Economic Development and Trade, was appointed as head of Russia’s Central Bank. She believed that many banks did not comply with banking regulations, putting Russia’s economy under threat. Over the next couple of years, 293 banks lost their license, some of which were quite big (including Vneshprombank and Intercommerzbank) and financially stable.

LaRiba Finance, however, officially is not a bank and is like the German and Austrian Kommanditgesellschafts (a limited partnership). According to the Russian Civil Code, such organizations are able to run a business that apart from leasing and investing products, can trade, which is something Russian banks are not permitted to do by law.

“Russia doesn’t have a well-developed legal framework for Islamic banking,” Mamedova said. “However due to the growth of the Muslim population in Russia, some forms (of the Islamic banking system) will continue to exist in Russia.”
A lack of investment

One of the oft-repeated arguments in favor of Islamic banking in Russia was the expected surge of inward investments from wealthy Muslim countries.

Aliskerov explained that after the 2008 financial crisis “Russia had to focus on other capital markets: predominantly, Asian and Gulf markets, and at that moment there was a discrepancy between China and us [Russia]”.

However, in 2009, Igor Shuvalov, First Deputy Prime Minister of Russia, stressed during the ‘Russia-Arabic World Business Dialogue’ that Moscow was not seeking investment in the banking sector from the Gulf.

“Lately many countries, and even Western governments, look at the Arabic world as a donor community. We are not one of them,” he said.

“Islamic banking is not essential for foreign investments,” Professor Renat Bekkin told RBTH. “Conventional banks like Globex and Ak-Bars had been raising funds” in line with Sharia.

In 2011, Ak-Bars bank (which still functions) in Kazan raised $60 million in investments from Citibank and the Islamic Corporation for the Development of the Private Sector in accordance with Sharia laws. Three years later, Ak-Bars raised $100 million from Citibank, Commerzbank Aktiengesellschaft and Emirates NBD Capital Limited.