Question of the week 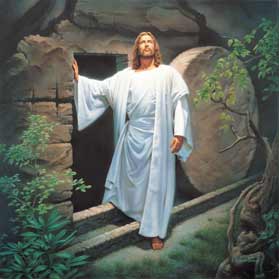 Resurrection Appearances in the Longer Ending of Mark
Dr. Craig,

I am Brazilian and doing research on the historical Jesus found some articles written by you. I confess that I was surprised with the gift that God gave you to explain and argue about Christ. The reason of writing it is in respect of a doubt that is messing with my faith and Jesus Christ. I am a servant of our Lord Jesus as a child, but for some time, many questions have taken my mind, which meant I started researching the Bible and the gospel writers. With this research, I found that the Bible contains several flaws, but nothing that came to shake my faith. However, I found that the passage in Mark's book which deals with the appearance of Christ to his disciples after the resurrection did not exist in the first codices canonical, and later entered the church. In this way, given that the gospel of landmarks is the oldest (correct me if I'm wrong) and the other gospels used Mark as a source, the question that remains in my mind is: Could not the other gospels have interpolations also? Did many of the passages in the Gospels are not later interpolations made by the church to achieve their own interests? I would like you to help me Dr. Craig, because I confess that many of his articles helped me in my doubts and also confess that these thoughts are involuntary, they appear like waves in my mind and I cannot control. I love the Lord Jesus and not want to lose my faith in Christ.
Jonathan

What you’re referring to, Jonathan, is the fact that some manuscripts, notably those belonging to the Byzantine and Western texts, have a longer ending to Mark’s Gospel which includes what appears to be a pastiche of resurrection appearances compiled from the other Gospels. We can be thankful that we are not dependent upon just one family of manuscripts for our text of the New Testament but also have older and more reliable textual families. By comparing texts belonging to the Byzantine, Alexandrian, Caesarean, and Western families of texts with one another, textual scholars are able to reconstruct the wording of the original documents of the New Testament to an accuracy of about 99%! The New Testament is the best attested book in ancient history, both in terms of the number of manuscripts and in terms of the nearness of the date of those manuscripts to the date of the original.
Apart from the Western text’s interpolation of the longer ending of Mark, the most interesting textual variants in the narratives of Christ’s death and resurrection are the so-called “Western non-interpolations.” This circumlocution implies that there are interpolations in the other textual families that are not to be found in the Western text. The Western text has a shorter reading than the others for some verses. The question is: did the other texts interpolate something that was not in the original or did the Western text leave something out that was in the original? Nineteenth century scholars tended to favor the shorter Western text as original; but today most scholars regard the Western text as having in many cases abbreviated the original.
Most of these variants are insignificant. For example, despite the Western text most scholars accept that the original of Luke’s Gospel included the words “of the Lord Jesus” in 24.3; “He is not here, but he has risen!” in Luke 24.6; “from the tomb” in Luke 24.9; and “And he said to them, ‘Peace be with you!’” (Luke 24.36).
But a few of these variants can be interesting. For example, Luke’s original wording probably included the sentence, deleted in the Western text, “But Peter rose and ran to the tomb; stooping and looking in, he saw the linen cloths by themselves; and he went home wondering at what had happened” (Luke 24.12), which supplies independent attestation of the disciples’ inspection of the tomb mentioned in John 20.3-10. Luke 24.40, “Having said this, he showed them his hands and his feet” is probably also original and provides independent attestation of Christ’s displaying the wounds on his resurrection body mentioned in John 20. 27. One case where most manuscripts support the shorter Western text is Matthew 24.49: “And another took a spear and pierced his side, and out came water and blood,” which is likely interpolated from John’s Gospel.
I think you can see that even if all the variants turned out to be interpolations borrowed from the other Gospels, that would not do anything that should make you lose your faith in Christ. Textual criticism, far from undermining your faith, ought to tremendously strengthen it. It gives us great confidence that we have the wording of the Greek original. There is no danger that the wording of the resurrection stories in the Gospels will be called into question rather than confirmed by the discovery of further manuscripts.
Read more at: http://www.reasonablefaith.org/
--------------
In the closing of this article we wish to link to a newer article, published on January 15. 2021, by Alex Shute at faithgiant.com. We encurrage everyone to also read "What Is Faith?: A Biblical Perspective".
Thank you so much, Alex, for sharing this wonderful article with us!
May God bless you and the great work you do in sharing your faith with others around the world.
Sincerly,
your brother in faith,
Spikeren