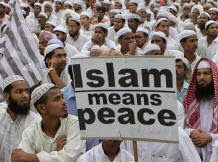 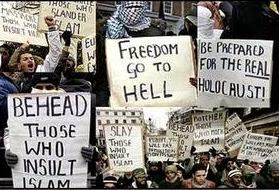 In conclusion, the oft-repeated Arab claim that the Israeli 'occupation' is somehow to blame for the Palestinian terrorism is nothing more than an empty retort, repudiated by the facts, and disproved by a century of historical reality.

The following is a partial list of documented acts of Arab terrorism, all occurring prior to the beginning of the Israeli administration of the West Bank and Gaza in 1967:

Jan 1, 1952 - Seven armed terrorists attacked and killed a nineteen year-old girl in her home, in the neighborhood of Beit Yisrael, in Jerusalem.

Apr 14, 1953 - Terrorists tried for the first time to infiltrate Israel by sea, but were unsuccessful. One of the boats was intercepted and the other boat escaped.

June 7, 1953 - A youngster was killed and three others were wounded, in shooting attacks on residential areas in southern Jerusalem.

June 9, 1953 - Terrorists attacked a farming community near Lod, and killed one of the residents. The terrorists threw hand grenades and sprayed gunfire in all directions. On the same night, another group of terrorists attacked a house in the town of Hadera. This occurred a day after Israel and Jordan signed an agreement, with UN mediation, in which Jordan undertook to prevent terrorists from crossing into Israel from Jordanian territory.

June 10, 1953 - Terrorists infiltrating from Jordan destroyed a house in the farming village of Mishmar Ayalon.

June 11, 1953 - Terrorists attacked a young couple in their home in Kfar Hess, and shot them to death.

Sept 2, 1953 - Terrorists infiltrated from Jordan, and reached the neighborhood of Katamon, in the heart of Jerusalem. They threw hand grenades in all directions. Miraculously, no one was hurt.

Mar 17, 1954- Terrorists ambushed a bus traveling from Eilat to Tel Aviv, and opened fire at short range when the bus reached the area of Maale Akrabim in the northern Negev. In the initial ambush, the terrorists killed the driver and wounded most of the passengers. The terrorists then boarded the bus, and shot each passenger, one by one. Eleven passengers were murdered. Survivors recounted how the murderers spat on the bodies and abused them. The terrorists could clearly be traced back to the Jordanian border, some 20 km from the site of the terrorist attack.

Mar 24, 1955 - Terrorists threw hand grenades and opened fire on a crowd at a wedding in the farming community of Patish, in the Negev. A young woman was killed, and eighteen people were wounded in the attack.

Apr 7, 1956 - A resident of Ashkelon was killed in her home, when terrorists threw three hand grenades into her house.

Two members of Kibbutz Givat Chaim were killed, when terrorists opened fire on their car, on the road from Plugot Junction to Mishmar Hanegev.

There were further hand grenade and shooting attacks on homes and cars, in areas such as Nitzanim and Ketziot. One person was killed and three others wounded.

Apr 11, 1956 - Terrorists opened fire on a synagogue full of children and teenagers, in the farming community of Shafrir. Three children and a youth worker were killed on the spot, and five were wounded, including three seriously.

Sept 23, 1956 - Terrorists opened fire from a Jordanian position, and killed four archaeologists, and wounded sixteen others, near Kibbutz Ramat Rachel.

Sept 24, 1956 - Terrorists killed a girl in the fields of the farming community of Aminadav, near Jerusalem.

Oct 9, 1956 - Two workers were killed in an orchard of the youth village, Neve Hadassah, in the Sharon region.

Nov 8, 1956 - Terrorists opened fire on a train, attacked cars and blew up wells, in the North and Center of Israel. Six Israelis were wounded.

Feb 18, 1957 - Two civilians were killed by terrorist landmines, next to Nir Yitzhak, on the southern border of the Gaza Strip.

Mar 8, 1957 - A shepherd from Kibbutz Beit Govrin was killed by terrorists in a field near the Kibbutz.

May 29, 1957 - A tractor driver was killed and two others wounded, when the vehicle struck a landmine, next to Kibbutz Kisufim.

Feb 11, 1958 - Terrorists killed a resident of Moshav Yanov who was on his way to Kfar Yona, in the Sharon area.

May 26, 1958 - Four Israeli police officers were killed in a Jordanian attack on Mt. Scopus, in Jerusalem.

Nov 17, 1958 - Syrian terrorists killed the wife of the British air attache in Israel, who was staying at the guesthouse of the Italian Convent on the Mt. of the Beatitudes.

Dec 3, 1958- A shepherd was killed at Kibbutz Gonen. In the artillery attack that followed, 31 civilians were wounded.

Feb 1, 1959 - Three civilians were killed by a terrorist landmine near Moshav Zavdiel.

Oct 3, 1959 - A shepherd from Kibbutz Heftziba was killed near Kibbutz Yad Hana.

Apr 26, 1960 - Terrorists killed a resident of Ashkelon south of the city.

Apr 12, 1962 - Terrorists fired on an Egged bus on the way to Eilat; one passenger was wounded.

Jan 1, 1965 - Palestinian terrorists attempted to bomb the National Water Carrier. This was the first attack carried out by the PLO's Fatah faction.

May 31, 1965 - Jordanian Legionnaires fired on the neighborhood of Musrara in Jerusalem, killing two civilians and wounding four.

July 5, 1965 - A Fatah cell planted explosives at Mitzpe Massua, near Beit Guvrin; and on the railroad tracks to Jerusalem near Kafr Battir.

Aug 26, 1965 - A waterline was sabotaged at Kibbutz Manara, in the Upper Galilee.

Sept 29, 1965 - A terrorist was killed as he attempted to attack Moshav Amatzia.

Nov 7, 1965 - A Fatah cell that infiltrated from Jordan blew up a house in Moshav Givat Yeshayahu, south of Beit Shemesh. The house was destroyed, but the inhabitants were miraculously unhurt.

May 16, 1966 - Two Israelis were killed when their jeep hit a terrorist landmine, north of the Sea of Galilee and south of Almagor. Tracks led into Syria.

July 13, 1966 - Two soldiers and a civilian were killed near Almagor, when their truck struck a terrorist landmine.

Oct 27, 1966 - A civilian was wounded by an explosive charge on the railroad tracks to Jerusalem.