ISIS on the Temple Mount 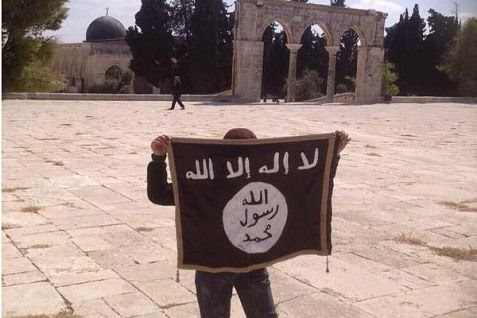 While Jews can’t pray on our holiest site, and police make sure no Israeli flags are taken up.

Muslims have no problem bringing in and waving an ISIS flag on the Temple Mount.

Maybe we’ll allow them to run executions there too, while we’re at it. 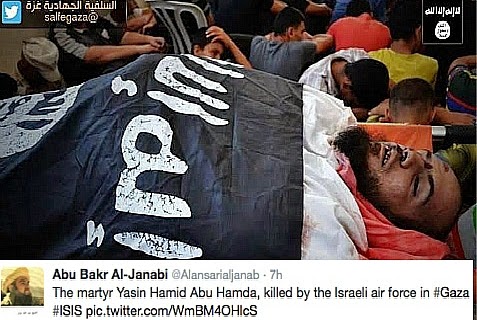 A photograph of the deceased Hamda, tweeted by Abu Bakr al-Janabi, shows the Gazan “martyr” draped in the Black flag of the Islamic State (ISIS or ISIL or IS).

Whether that means Hamas and ISIS share common members, or simply that the brutal genocidal  terrorist organization ISIS is considered by Hamas members to be heroic and a group to emulate, is still unclear.

What we do know is that ISIS is so extreme that even U.S. President Barack Obama has labeled them a “cancer which must be extracted” and U.S. Secretary of Defense Chuck Hagel referred to them as “barbaric” and “beyond anything we’ve ever seen.”