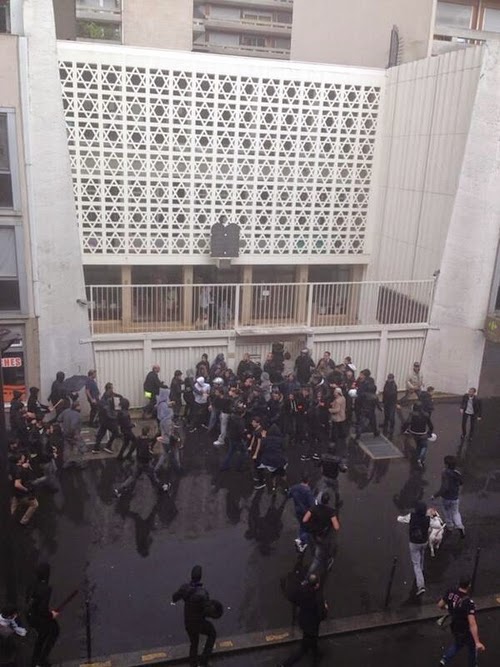 Almost all French politicians adopt an attitude of appeasement toward the enemies of Israel and Jews. They act as if they did not see that the hate speech that France finances in the Middle East is now spreading throughout France itself.

No major French television report speaks of Hamas's genocidal Jew-hatred or of the use of Arab women and children as human shields. Criticizing radical Islam on public television is now almost impossible. Members of the Israeli government are never interviewed on French television.

French politicians know that 70% of all the inmates in French prisons are Muslims, and that these prisons have been transformed into recruiting centers for jihadists.

Whenever Israel is attacked by terrorist movements and needs to defend itself, "leftist" and Islamist organizations organize anti-Israel protests in Paris. One of the latest took place on July 13.

The event brought together between 10,000 and 30,000 people -- not surprising in a country where "leftist" and Islamist organizations are strong.