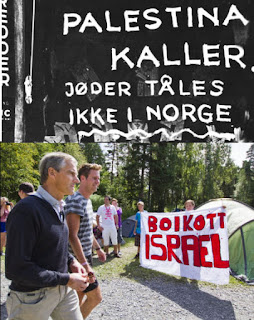 In 2005, Palestinian civil society issued a call for a campaign of Boycotts, Divestment and Sanctions (BDS) against Israel until it complies with Palestinian "rights".

The present day BDS movement to boycott the State of Israel – so as to weaken the Jewish state’s economy through financial disinvestment and sanctions and to isolate Israelis from global academia and culture – emulates, in disturbing ways, the Nazi boycott of the Jews in the 1930s.

The Nazi boycott appeared to be simply a short-term nuisance but turned out to have been an early indication of far more nefarious and ultimately genocidal designs against the Jews.

Western societies who profess to have learned the lessons of the Holocaust would do well to heed history’s warnings in dealing with BDS. Read more at JHRV.