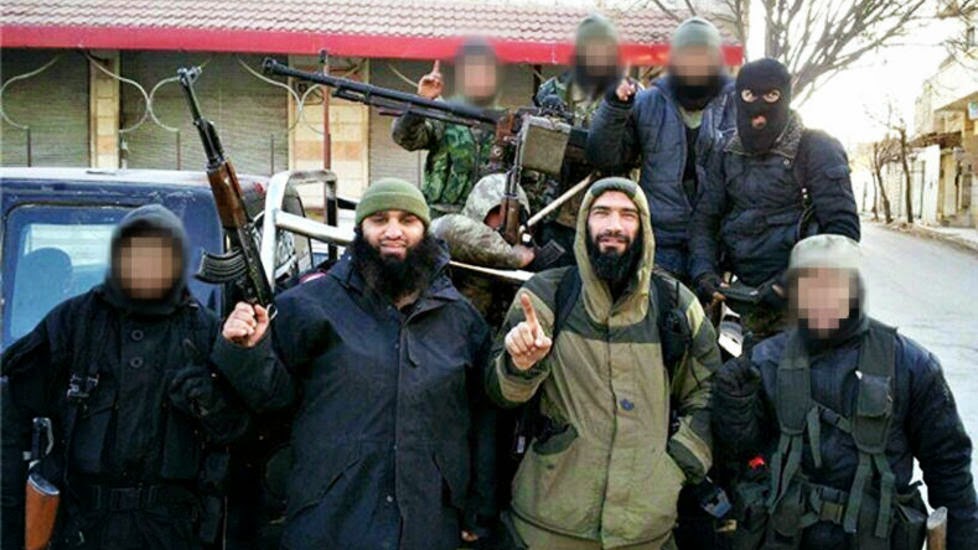 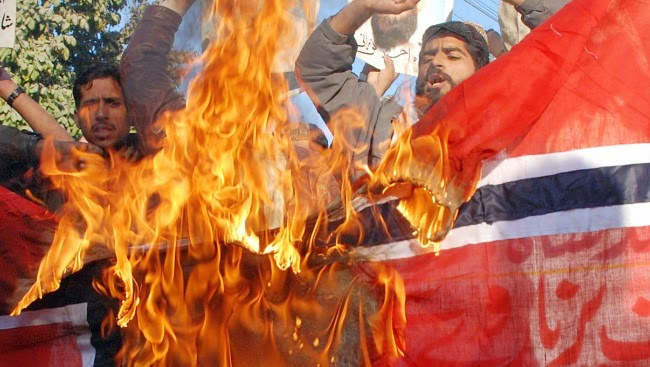 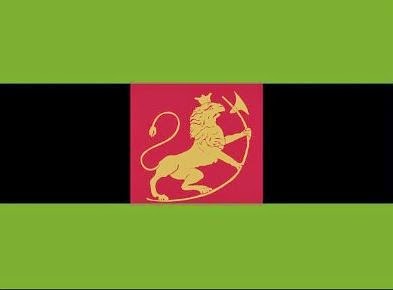 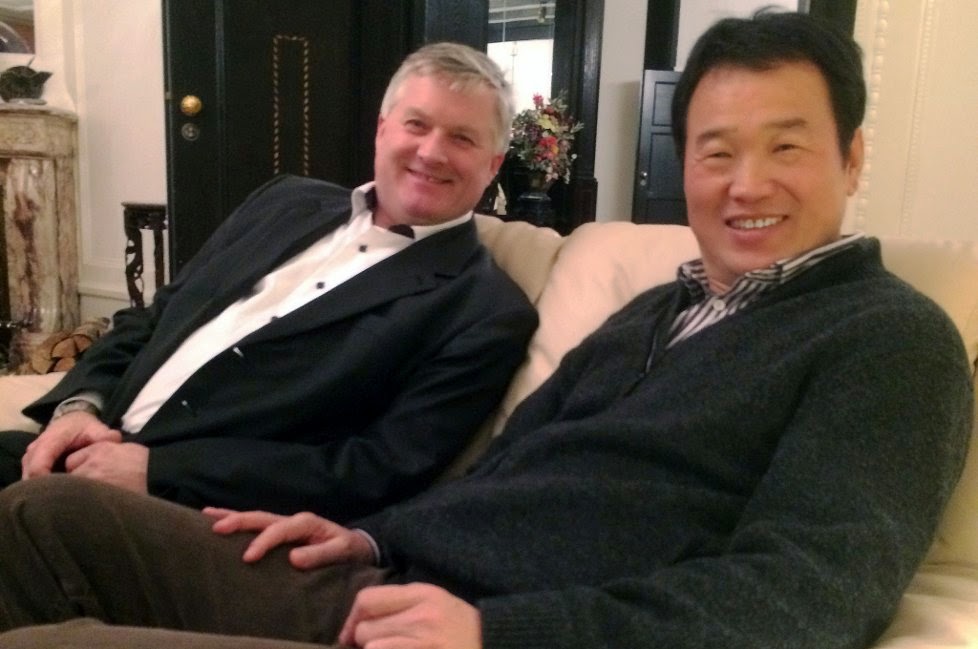 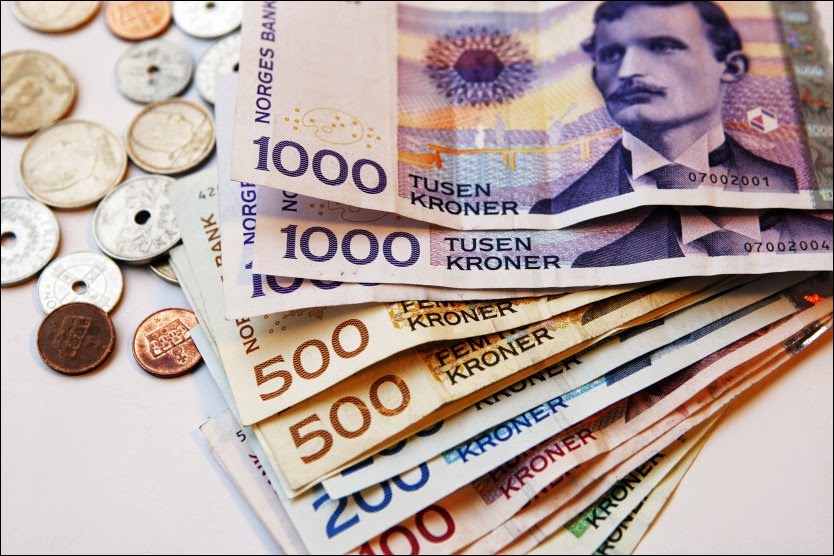 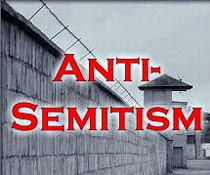 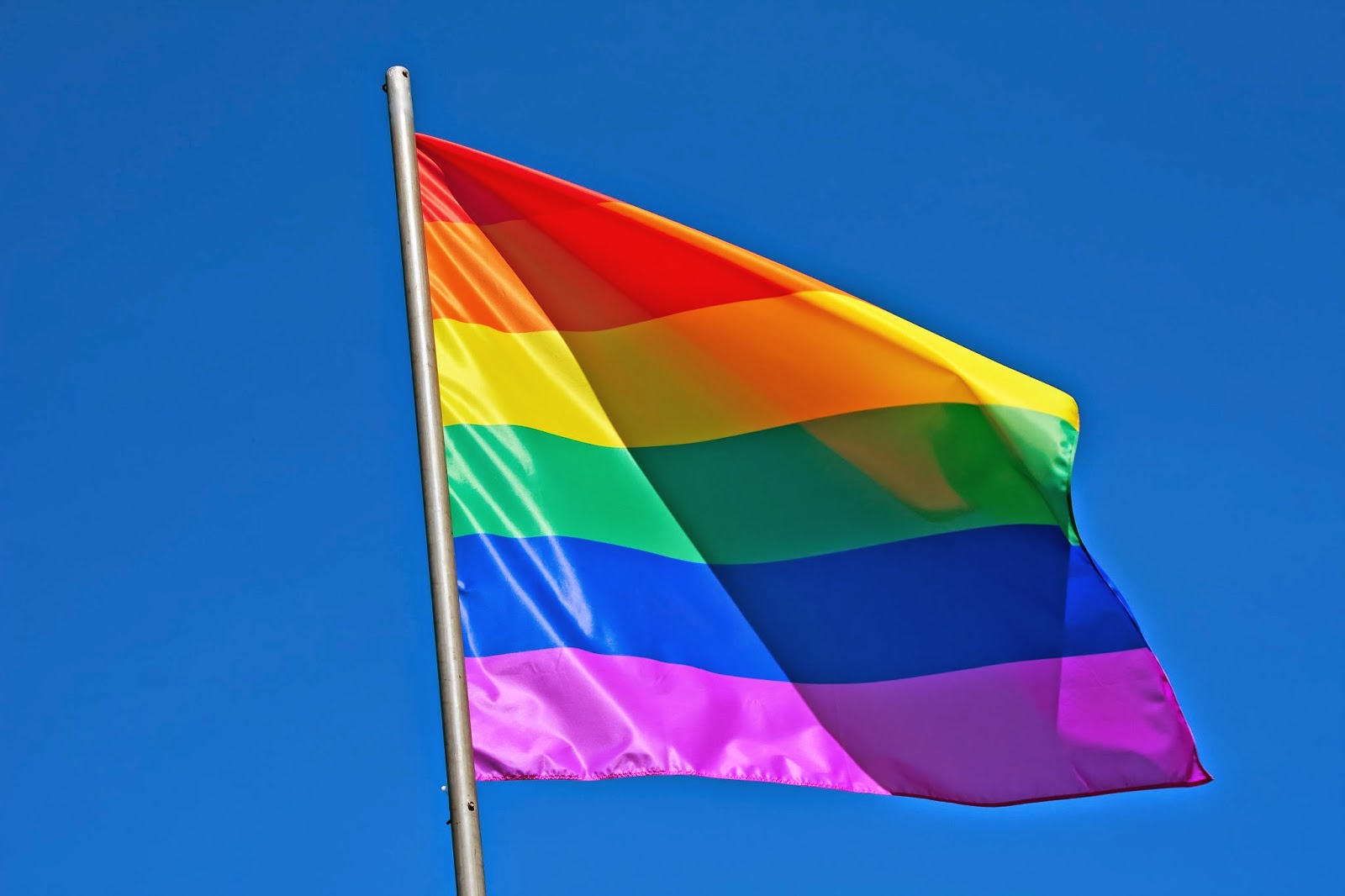 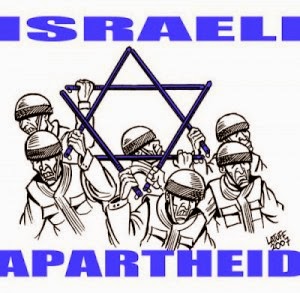 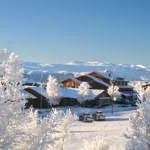 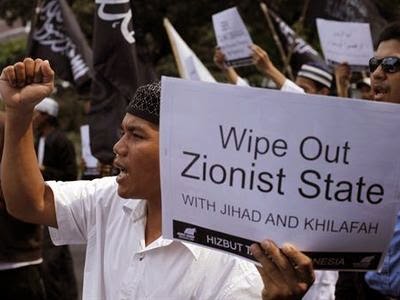 It's easy to illustrate Arab apartheid by specific reference to racial, ethnic, religious, and gender discrimination against Africans, Kurds, Christians, Jews, and women. "Israeli apartheid" is just a lie

ll now know that Secretary of State John Kerry “misspoke” when, at a private, closed meeting in April 2014, he said that the State of Israel was at risk of becoming an “apartheid” state if it did not accept a two-state solution. In order to make things perfectly clear, it was gracious of him to explain that Israel is not currently an apartheid state, nor does it intend to become one.


With this explanation, no one could possibly accuse him of harboring anti-Semitic sentiments.

At the “misspoken” moment, the ill-advised Kerry must have found himself in questionable company. He had inadvertently joined the usual suspects – Archbishop Desmond Tutu, Alice Walker, Jimmy Carter, and a host of biased bigots – who cannot refrain from categorizing Israel as a state that is hostile to the “oppressed” Palestinian people, if not to the entire world.

Of course, as a skilled diplomat, Kerry is familiar with the International Convention on the Suppression and Punishment of the Crime of Apartheid of November 1973.  Article II defines the “crime of apartheid” to include policies and practices of racial segregation and discrimination as practiced in the former South African regime.

The Rome Treaty of the International Criminal Court (1998-1999) in Article 7 went farther and declared that the crime of apartheid is one of the crimes against humanity.

Secretary Kerry, after his ten or eleven trips to Israel, has not told the world of the crimes of apartheid and the crimes against humanity that might take place there in the future if there is no two-state solution. Perhaps Archbishop Tutu and Alice Walker might tell him of the existing ones, if they deigned to visit the country and talk to its citizens.

The usually observant Jimmy Carter also seemed eyeless or clueless in Israel, which he regards as a system of apartheid with “two peoples completely removed from each other,” in having failed to perceive the mixtures of people on the beaches of Tel Aviv, in the student bodies of all Israeli universities, in the shopping malls of Jerusalem, and in access to all public places and transport.

It was queer that the group Queers against Israeli Apartheid, and some of the specialists in gay and lesbian studies who are members of the American Studies Association, have missed the vote, by more than 43 percent of the travelers' association, that Tel Aviv is the best gay travel destination in the world.

A brief list of the specific crimes will help remind Tutu, Walker, and others of the crimes of Israel.

An Israeli Arab judge on the High Court; an Arab judge who presided over the trial at which a former president of Israel was convicted; the Druze, Majali Wahabi, who was former acting president of Israel; the Arab captain of the Hapoel Tel Aviv soccer team; another Arab as a member of the Israeli National Football Team; the former Miss Israel, an Arab women named Yityish Aynaur; the Druze historian and poet who was Israel’s ambassador to Ecuador; the Arab director of the Emergency Medicine Hadassah Medical Center in Ein Kerem; the popular Bedouin pop singer who is at the top of the charts; the Miss Israel Universe, half-Arab and half-Russian Christian; the top model Niral Karantinji; the Druze major-general in the IDF; the Arab Christian woman who is the “Voice of Israel” competition winner; the Arab Muslim female runner-up in the Master Chef competition last year; the trio, composed of an Arab Israeli woman, a male German convert to Judaism, and a Jewish Orthodox woman, competing in 2014 to be Master Chef.

It is regrettable that Kerry has not met recently with Simon Deng, the human rights activist who was raised as a Christian and who at the age of nine became a domestic slave for a number of years in southern Sudan. Deng defied the anti-Israeli bigots at the third United Nations Durban Conference that was held in New York in September 2011.

He praised Israel as a state of people who are the colors of the rainbow.  By contrast, he held that Africans are the “victims of Arab/Islamic apartheid.” The Arab response to events in Darfur was genocide, and “nobody at the U.N. tells the truth about Darfur.”

The dirty little secret is out. It is the Arab countries, not Israel, that have to be considered apartheid states. They are guilty of flouting the clear provisions of the Rome Treaty.

Among other things, their policies and practices include depriving or limiting people of civil, religious, and political rights; practicing discrimination; infringing on freedom and dignity of people; subjecting them to arbitrary arrest and illegal imprisonment; and preventing groups from participating in the political, social, economic, and cultural life of their countries.

It is easy to illustrate the general behavior of denial of rights by Arabs by specific reference to racial, ethnic, religious, and gender discrimination against black Africans, the Kurds, Christians and Jews, and women. It is more potent to illustrate it by actions or non-actions regarding the Palestinians, the very people regarded as being “oppressed” by Israel.

One telling feature is the frequent refusal, usually for financial reasons, of Arab hospitals to provide medical treatment for Palestinians, compared with the hospitality of Israeli hospitals that have treated thousands of Palestinians every year, even wounded would-be suicide bombers, from the West Bank and Gaza.

The policy of Arab apartheid was made clear by the Arab League's Resolution 1457 of 1959. Though there is supposed to be an “Arab nation,” the Arab countries would not grant citizenship to applicants of Palestinian origin deliberately in order to prevent their assimilation into the host countries.

A statement by Mahmoud Abbas, published in the official PLO journal in March 1976, complains of this policy. The Arab armies that invaded Israel “forced [the Palestinians] to leave their homeland, imposed on them a political and ideological blockade and threw them into prisons similar to the ghettos in which the Jews used to live in Eastern Europe.”

In Syria, Palestinian refugees in 1954 were granted partial rights, though not political rights. For many years they were not allowed to hold property, and they have never been allowed to become citizens. The Assad regime, controlled by the Alawites, 14 percent of the population, are in charge not only of the government, but of a considerable part of business.

The Kurds have traditionally been excluded from the political, economic, and cultural life of the country and have been subjected to denial of basic human rights, to persecution, to mass murder, and to arbitrary police behavior.

Jordan has been the only Arab country to grant citizenship to Palestinians, but since 1988 it has arbitrarily withdrawn that nationality without notice from thousands. In 1983, Jordan introduced different color-coded travel cards for Palestinians to and from the West Bank.

This has created different levels of citizenship rights, in access to education at all levels, and in fees for drivers’ licenses. Above all, Palestinian non-nationals require a residency permit, thus suffering in the job market. They still are generally not allowed to practice some of the organized professions.

The claim that Israel is an apartheid state has always been a malicious falsehood. It was deliberately manufactured in the 1970s by the then-combination of the Soviet Union, the Arab states, and the Non-Aligned Countries.

Its objective was to make Israel a pariah state, a condition that was supposed to lead to Israel's elimination. What it has really done is hinder and prevent advancement of peace talks to end the Arab conflict with, and aggression against, the Jewish state.

It would be a major step toward peace in the Middle East if the international community would recognize the need to end the system of apartheid in the Arab countries. Which of the experts on apartheid – Tutu, Walker, Carter – is willing or likely to take that initial step?
Labels: English 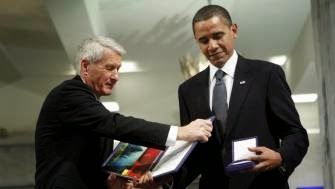 Shelly Dadon was murdered Thursday, May 1, 2014

Shelly Dadon, 20, from Afulah, was murdered Thursday, May 1, in a deserted wood near the Migdal Haemek industrial zone in northern Israel, by a gang of Israeli Arabs belonging to an terrorist organization called “The Galilee Liberators.” She died after multiple stab wounds were inflicted savagely on her upper torso. The killers planted clues at the scene that broadcasted their affiliation.

However the local police spoke of “various lines of inquiry’ – a regular cliché they use to play down Palestinian terrorist action. At this time of year, the police prefer to avoid aggravating Arab-Jewish tensions before Israel’s national Day of Remembrance Day for the Fallen and 66th Day of Independence early next week.

Shelly Dadon was on her way to a job interview in Migdal Ha’Emek. Her murderers may have shadowed her from her home in Afula to her destination, or possibly, grabbed her when she arrived. They would have been familiar with the location. In November 2009, a gang of three Israeli Arabs belonging to the same “Galilee Liberators” organization murdered Yofim Weinstein, a taxi driver from Nazareth Ilit, leaving behind similar leads to their group.

Their organization was formed by Arabs living in northern Israel in 2002, when the Palestinian suicide bombings on Israeli towns of the Second Intifada were at their peak. In the subsequent 12 years, the Galilee Liberators developed ties with Palestinian terrorist organizations such as the extremist Popular Front, the PFLP-General Command, Hamas and Al Aqsa Brigades. Parts are allied with the Lebanese Hizballah and others with al Qaeda.

The organization has no known command hierarchy. It appears to operate through autonomous cells scattered among the northern Arab population from Acre to Safed and Nazareth. Their collaboration is limited to providing such services as hiding used weapons of assault or providing killers with hideouts.

Their preferred mode of operation is to waylay individual Israelis in quiet spots and kill them by brutal means. This is what happened to the IDF soldier Oleg Shaychat from Nazareth Ilit. Mohammed Anbatawi and Mohammed Hatib from Kafr Kana, members of the Galilee Liberators organization, kidnapped him from the Beit Rimon intersection on July 21, 2003, killed him and abandoned his body in a nearby olive orchard, after a last death blow.

Another girl, Dana Bennett, was his next victim. She like Shelly Dadon was apparently singled out and tailed to a lonely spot before she was murdered on Aug. 1, 2003.

Police spent years searching for her body. At length, in January 2005, the “Galilee Liberators” contacted the French News Agency AFP with an offer to reveal its whereabouts for the price of 1,000 Palestinian terrorists to be released from Israeli jails. Dana was finally found and laid to rest without this deal.

Then, five years ago, on Aug. 12, 2008, Ahmed Mahmoud Khatib from Kafr Manda, snatched the automatic sidearm of an Israeli security guard in the Old City of Jerusalem, opened fire and injured 10 passersby before he was caught.

Debkafile’s counterterrorism sources report that this band of Galilee terrorists has over the years committed a number of attacks that were not brought to the notice of the public, such as ambushes of police vans, breaking into IDF bases to vandalize equipment and steal arms, tracking IDF movements in the North and passing information on to allied terrorist organizations on the West Bank and Lebanon.
Labels: English 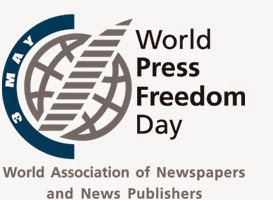 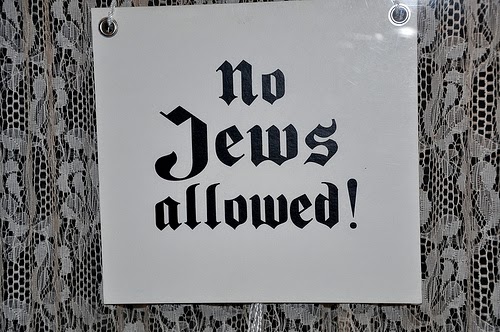